Newbold Studs have been featured in the Stock Journal 2014 Livestock Annual.

The Poll Dorset is the Feature Breed at the 2014 Royal Adelaide Show and as the birthplace of the Poll Dorset breed, we were selected to feature in an article about our involvement in the breed.

The Australian Poll Dorset Association is also celebrating it's 60th year having formed in 1954. Original Newbold stud-master W.J. Dawkins was the first registered Poll Dorset breeder in the world.

See the article below. 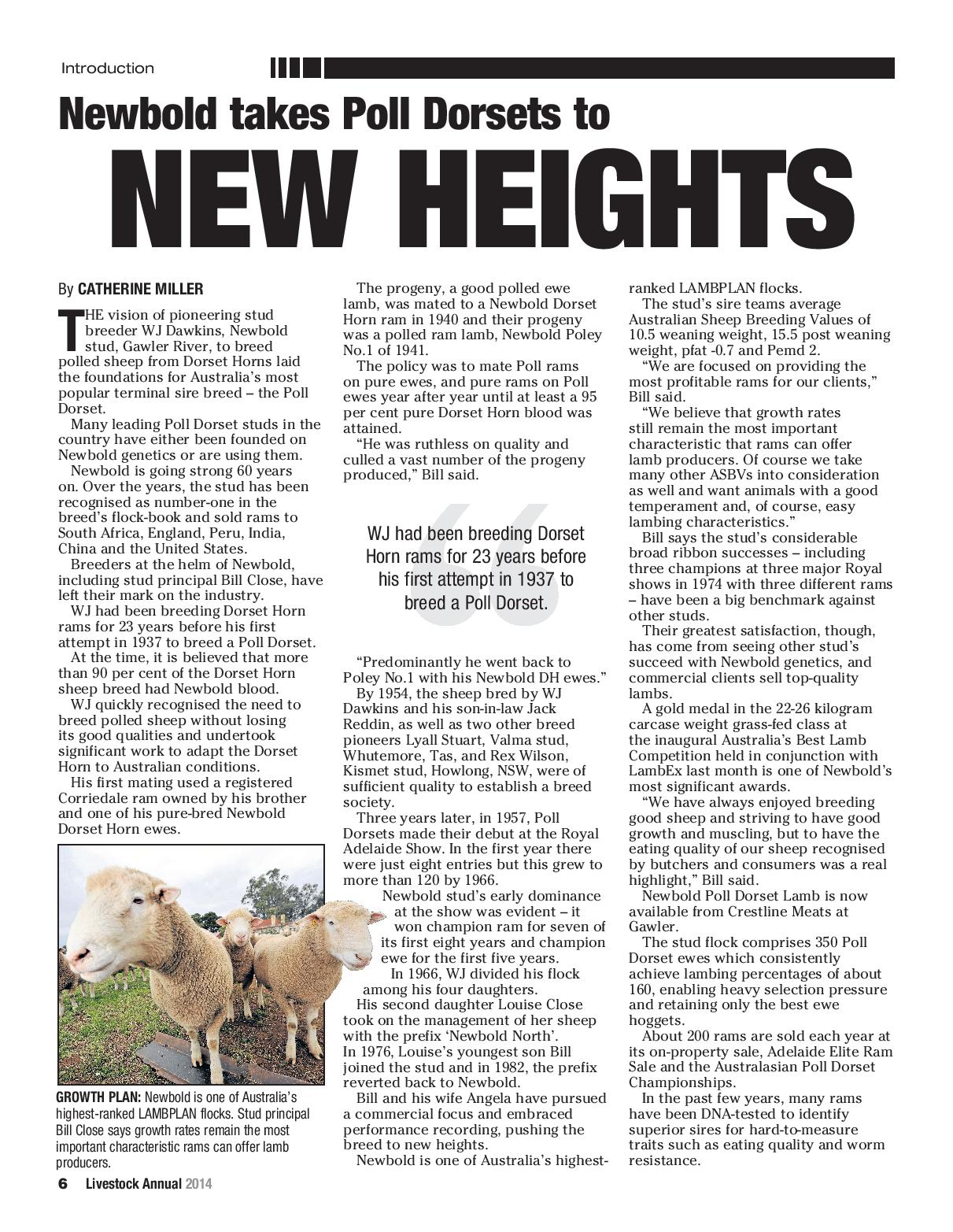