Its formation goes back to 1985, when Bill's mother Louise was judging Dorset sheep in England. Louise, the daughter of W J Dawkins the world foundation breeder of Poll Dorsets, was very impressed with the dominance of the Texels in all of the carcase displays which she saw at the English shows. When LambXL started advertising in Australia, Louise encouraged Bill to visit New Zealand and view the sheep.

Newbold Dorsets were registered in 1917 in the first British Breeds flock book, but Bill was unhappy with the trend in Dorset breeding which was tending to produce big, rangey, late maturing sheep. Bill went with the second group of Australians to see the Texels in quarantine in NZ. He was reassured to see the style of sheep there, free moving and smooth shouldered.

The carcase characteristics and the taste of the meat convinced him that Texels had a huge amount to offer the Australian lamb industry.

Bill was chosen, with Graham Gilmore, as a selector for the Australian buyers. He travelled to NZ every year to give advice on the rams to be used for the breeding up programe. Bill was really impressed with the genetic work of Willie Vivanco:- " It was astounding to see the improvement in the quality of sheep in a few years. Willie's measurements and his embryo work set up the Australian flock to be some of the best Texels in the world."

Newbold has concentrated on traditional Danish style Texels, free moving with lots of meat and muscle. Newbold 123/93 'George' sold to Charlotte Morley for $4750, and bred exceptionally well. ATC 196/96, purchased for the equal top price at the ATC dispersal sales, sired well including several Champions. Newbold 'Nugget' 100/03 sold to Tanya Hill 'Tanalan' for $11,000 the secound highest price ever for an Australian Texel.

Current sires include Newbold 787/09, Gawler Champion 2010. As well as Semen from selected sires. 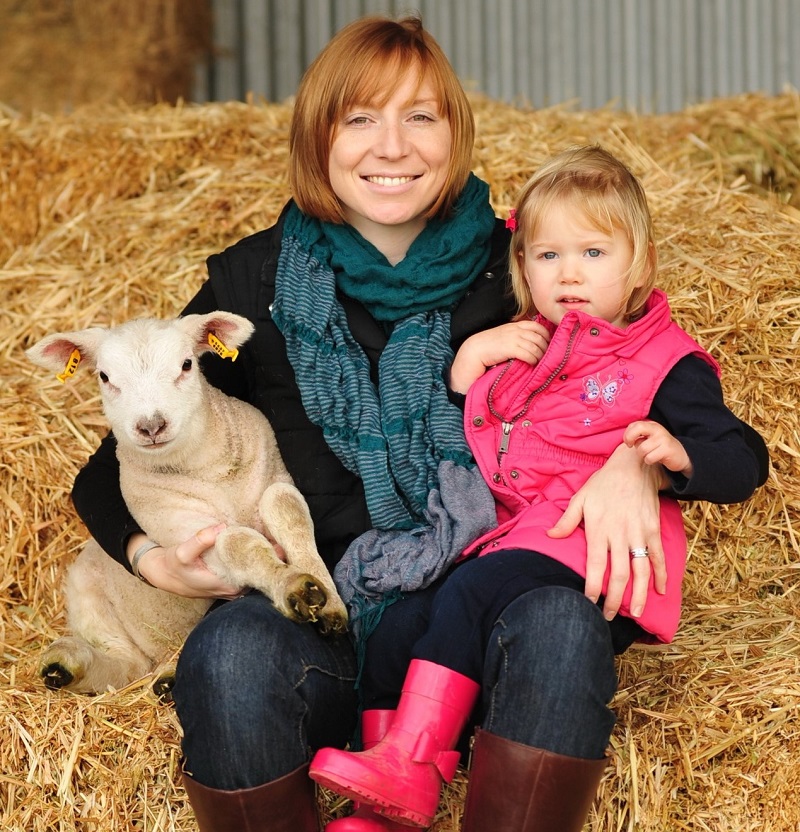 Kate McLachlan with her daughter Maggie in 2013 celebrating 20 years since the Texel breed arrival in Australia.